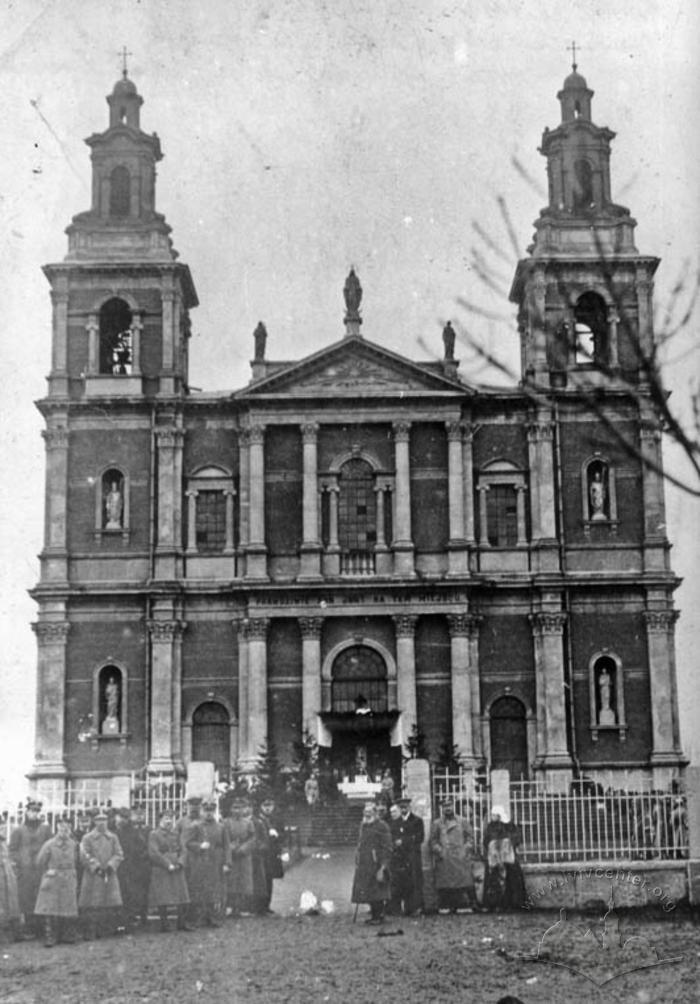 In the second half of the 17th Century St. Anne’s Cathedral was constructed on the site of the Ploskyrivsky castle that had come to ruin and had been dismantled. The original building was not large and was wooden; in 1801 fundraising efforts to rebuild it were initiated. The land owner of the Letychivsky district, Matviy Zhuravsky, donated the majority of the money. Construction of the stone cathedral in Proskuriv was finished in 1820, and at the beginning of the 20th Century it was rebuilt in the Baroque style. By decision of the Soviet authorities, St. Anne’s Cathedral was demolished in 1936. Nowadays, approximately on the place where the cathedral had been and near the entrance to the city’s central park, the building of Secondary School No. 1 can be seen (Primakova Street).
Serhiy Esiunin