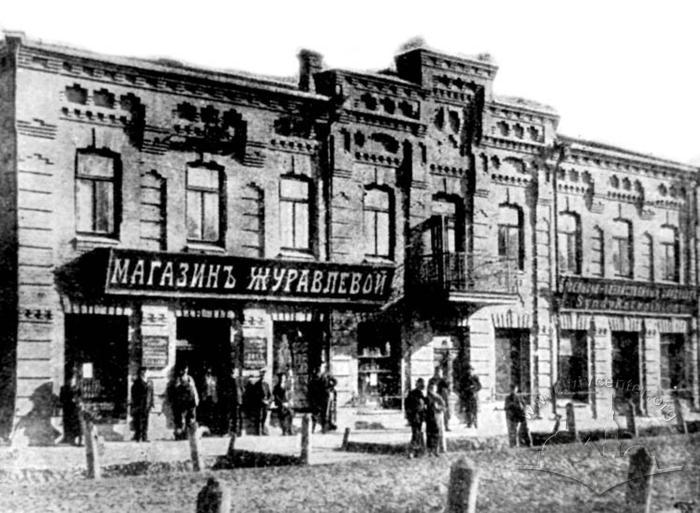 The first grocer’s shop in Proskuriv (presently the city of Khmelnitsky) was opened in 1880. A merchant named Vasyl Zhuravlyov, one of the co-owners of the Zhuravlyov family’s trade company that had existed since 1832, was the store’s owner. In time he opened one more grocer’s in the city. At the beginning of the 20th Century Zhuravlyov’s daughter, Vira Vasylivna (Vilchek in marriage), became the owner of the company’s stores in Proskuriv. In 1903-1905 she constructed a two-story red brick building on Olexandrivska Street 5 (presently Proskurivska 7). The top floor hosted the owner’s apartment, while the first floor was intended for the grocer’s shop. The building has been preserved to the present day.
Serhiy Esiunin