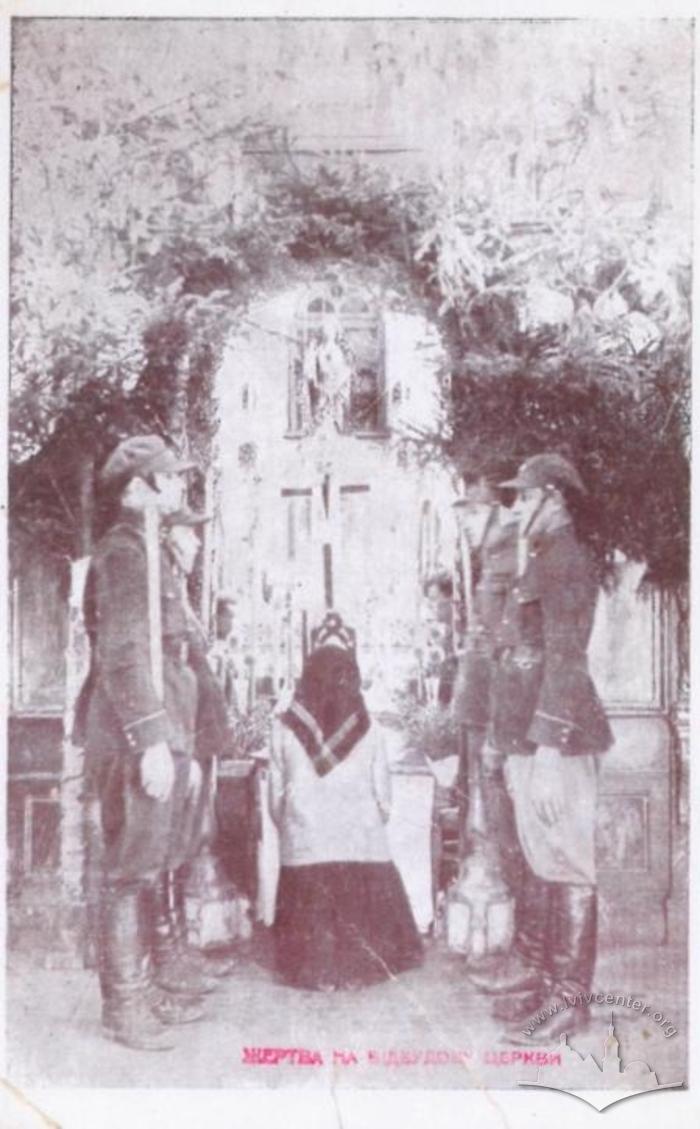 God's coffin in the chapel of Holy Trinity Church

For the rebuilding of churches donations were often collected, which was the traditional method of collecting charitable donations. Upon recognition of any donation, of any sum, the doner received a postcard with views of Shchyrets’ (in this case Holy Trinity Church) and the text “For the reconstruction of the church”. In the picture, the Lord’s coffin in the chapel in Holy Trinity Church; the event is taking place on Good Friday and is being lead by an honourable guard. The worthy were boys from the Shchyrets athletic-patriotic organization of ukrainian youth “Luh” in their characteristic uniform, which stood out, aside from the full-dress coat because of the obligatory hutsul topirets’ in the hands of the youth. (“Luh” was formed in 1925, as a “exercise-anti-fire organization”, in place of the organization “Sich” which was banned by the Polish government. In the span of just a one year existence, in 1925, over 1000 former sich brotherhoods poured into “Luh” all over Galicia).
Andriy Kryzhanivskyy