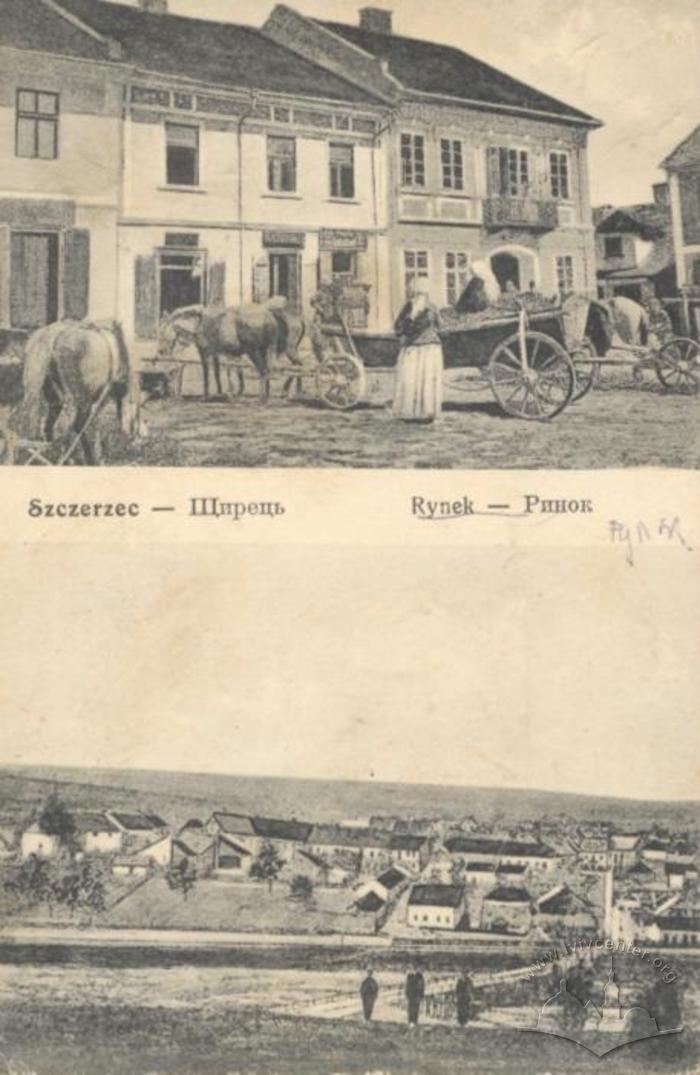 The city is known from the beginning of the 12th c. (at the town’s entrance the year 1113 is marked, which is supported by given archives). The first written mention of Shchyrets’ in chronicles is dated 1126, when Zvenyhorod prince Volodymyrko Volodarevych and his brother, Prezmysl prince Rostyslav Volodarevych, came for a council to Shchyrets’, which lay in the centre of their kingdoms. At the end of the 14 th c. Shchyrets’ gained Magdeburg law from king Vladislav Yaihaila. The central square was built up with two-storied buildings. Even today we can guess at the raised ground, contours of the town's fortifications, which surrounds the Market square and its streets in the form of a square. On both sides of the defensive buildings a ditch was made and filled in with water. In the archives of the National museum in Lviv, named in honour of Andrei Sheptytskyi, a map of Shchyrets from 1915 is preserved, on which we see the names Ostriv and Zahorodky. Halyna Petryshyn, a Lviv researcher and professor at the National University «Lviv Politechnic» was able to find a «Jozefin map» composed by the Austrian General Headquarters in 1779-1782, where even a map of Shchyrets from that time is found. As indicated by symbolic markings, a town hall is clearly depicted on the map, which was situated in the centre of the market square, and the town itself surrounded by earthen embankments, marked by black dashed lines, and lines encircle the images of two churches, which indicated walls, which still had at this time strategic importance.
Andriy Kryzhanivskyy