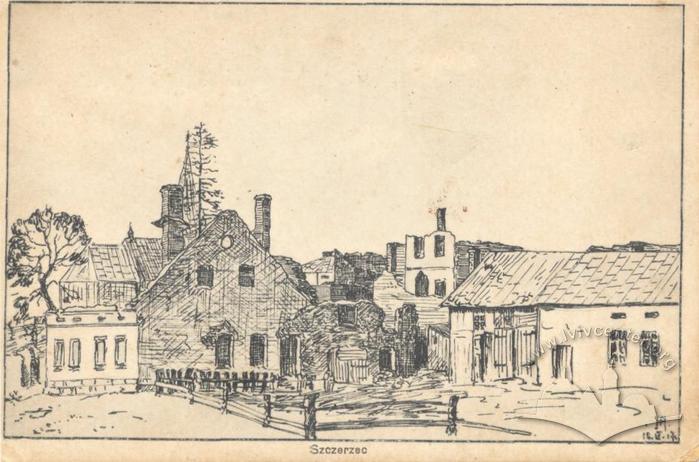 The city is known from the beginning of the 12th c. (at the town’s entrance the year 1113 is marked, which is true, supported by given archives). The first written mention of Shchyrets in chronicles is dated 1126, when Zvenyhorod prince Volodymyrko Volodarevych and his brother, Prezmysl prince Rostyslav Volodarevych, came for a council to Shchyrets’, which lay in the centre of their kingdoms. At the end of the 14th c. Shchyrets gained Magdeburg law from king Vladislav Yaihaila. On a «Jozefin map» of Galicia composed by the Austrian General Headquarters in 1779-1782, a town hall and its surrounding buildings are clearly marked. The central square was built up with two-storied buildings; considerable ruin during the First and Second World War changed their architectural appearance. In 1915 buildings were destroyed not only in Shchyrets but also in the village of Ostriv (now Ostrivs'ka street) where buildings opposite the current glass factory burnt down. In the village of Ostriv the Austrian government gave the victims lumber, meant for rebuilding their houses. However the foundations had to be paid for with their own funds and so wealthier owners made the foundations out of stone, and the poor- made the corners of brick and the rest on oak timbers. Up until WWI houses were put together with «val'kovany», so called by the local residents of Shchyrets, clay, mixed with straw on a wooden frame. The new ones were markedly stronger and warmer - of standard cut wooden frames.
Andriy Kryzhanivskyy