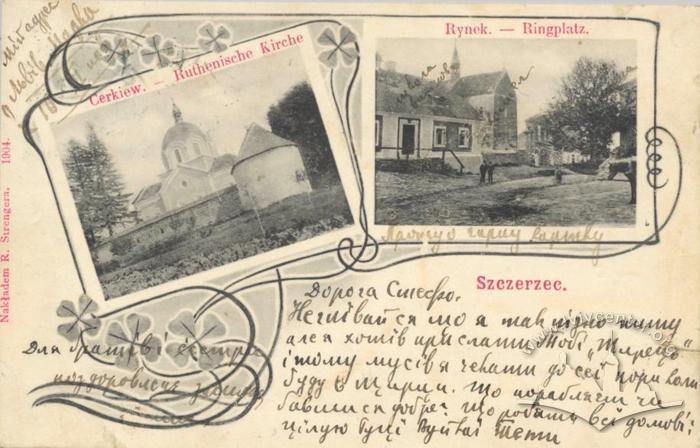 Nativity of Virgin Mary Church in the 16th c. was built on a hillside, where, perhaps, the town was located in the 12th c. After a number of Tartar invasions, fires and destructions of the temple, it was rebuilt in 1662, and gained its current appearance in 1892. The city is known from the beginning of the 12th c. (at the town’s entrance the year 1113 is marked, which is supported by given archives). The first written mention of Shchyrets in chronicles is dated 1126, when Zvenyhorod prince Volodymyrko Volodarevych and his brother, Prezmysl prince Rostyslav Volodarevych, came for a council to Shchyrets, which lay in the centre of their kingdoms. At the end of the 14th c., after Tartar destructions, the town of Shchyrets was rebuilt on the other, lower bank of the river Shchyrky. In 1397 Shchyrets gained Magdeburg law from king Vladislav Yaihaila. The central square with the town hall was built up with two-storied buildings.
Andriy Kryzhanivskyy